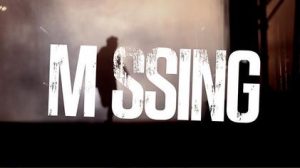 For the last 1.5 years people around the world has been largely confined to their homes and the in-person conferences largely stopped taking place. This gave a huge boost to the online conferences – which exploded in the first year and even though started fading away, there are still so many online conferences and some late arrivals are still to be discovered.

The thing is that besides very obvious observation that very few people are attending the sessions and that the participation through commenting and questions is almost none,
is that the overall impression of a lot of people I have talked to is that current online conferences are very weak substitution for the in-person ones.

There are so many reasons for that and some of them must be around those topics:
– there is a saturation of conferences with the majority of their content being a largely repetitive one (either by the same or by the different people)
– overall people are tired (confinement you know is not that easy for some) and not interested in participating
– workload overload and no time/space for the conferences

I have seen too many session with just 1 or 2 attendees to know that there is a problem.

With that, I think it is important to point what is missing from the online conferences and why they actually provide so few value to those of us who are used taking part in in-person conferences.
I will start this with a description of where I used to take the value out of the in-person conferences:
– by talking to my industry colleagues and finding out what have they been up to (this largely takes place in the halls between the rooms and coffee-shops). Most of these cases are totally informal and are exchanged
– by attending some session and commenting or listening to a comment dropped by someone near me (it might kick off a conversation (
– by actively discussing a session with a friend and learning their perspective on it
– by catching the speaker of an interesting session offline after it and learning more

meaning in a sum – that my value is largely taken by the social activity then just by rather listening to a technical content.
I have learned so many things during small coffee talks over 20 minutes that give triple the value of spending money and flying half way around the world to attend the conference.

These things are precisely what I have been missing from the online conferences (together with the high quality content), they make me wanting to avoid the online conferences at large.
The social part.
And there is almost none in the online conferences, and attempts I have seen so far to imitate it have ended in a total disillusion, especially given the lack of will of people to socialize randomly and without good chances for anonymity (On many past conferences I would take off my badge in order to get honest opinions, and yeah – I have a lot of funny stories when even people who know who I am would not recognize me)

Do I have a recipe for solving this lack of communication possibilities ?
No, but I think the software needs to be improved to create multiple channels of voice communication between the attendees, like in the real life,
and only after that the drive for people to connect will be on the creativity side of the conference organizers.