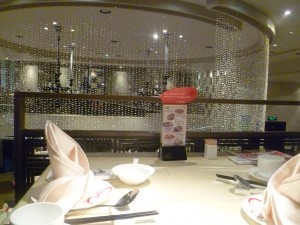 A food is a rather important part of life of any human being, me being included :), so me & Tiffena went to the closest restaurant, which is actually almost in the same building – a 4 meters away. :) A lot of europeans I know, are a kind of scared of eating chinese food more then once per day, but I think that I have a kind of escaped that trend and so I dived into a delicious world of the chinese food pleasure. I was quite surprised to find out about that big amount of meat (and especially chicken), that is being served in the chinese restaurants. 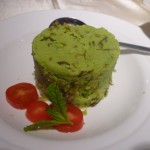 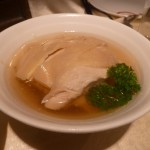 Right on my first meal I have managed to taste some of the exotic things (at least to the european taste), that I would imagine being served in China. Entrusting the food selection to my good friend Tiffena, I just sit back & relax the atmosphere, the conversation and the food.
What I have found out about chinese tradition on the first meal, is that a lot of small plates are being served and that a lot of them are really really delicious. 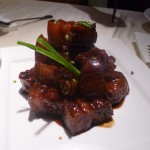 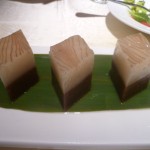 I cannot complain about the food in China – it has been absolutely great. :) If I could give stars for being an expert in food selection, then Tiffena would be definitely a 5-star expert. After having a meal on the plane, enjoying this delicious food has been quite a divine experience to me. I can only tell you, that when I am back to Shanghai, I am definitely picking up some of the foods that have been picture here, I want more of this experience. 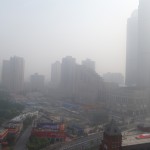 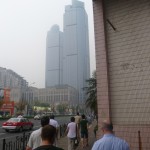 After finishing our meal we went back to the hotel to finally meet with Bill Graziano, to go to the Microsoft Office and finally see the place of the SQLSaturday and to meet the organization team. Right from my hotel window I could see those 2 tall buildings, where one of the Microsoft Shanghai offices are located. It would seem to be quite a close distance with just a couple of hundreds meters involved, but I would sat that it is rather an unforgettable experience of crossing a street that makes this short way quite exciting. :)
No driver will stop in front of the pedestrians crossing the street at the marked location. Actually, seeing someone crossing the street, makes chinese drivers accelerate even more and use the horn in order to make you clean out of their way. This is not that common in the country where I live, so I was quite a surprised to say at least. 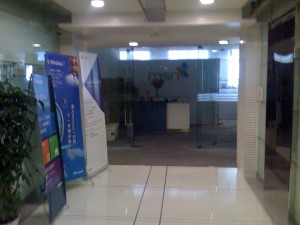 Anyway, right after we came to the tall sky-scrappers, we went straight to the MSDN floor where we were greeted by some of the principal organizers of the SQLSaturday#148 — Tony Wu, Yuan Shao and Simon Liao. All of them are deeply connected to the Microsoft and to the SQL Server, some of them as ex-employees and some as the current. We have spent a good 3 hours talking about what was important to be prepared for the next day event, and we tried to identify some of the strategies to follow, so the event could become a good success. I really admired some of the things that Bill Graziano has told to the organizers team, and some of the tips and way of telling them will be very useful for me in the nearest future.

I think that everyone were very clear on the matter of what to expect on the next day – nobody simply has got a real idea of how many people would show up, because there were no clear statistics and research on the matter. Having had no confirmation of the arrival of a number of the speakers – Matt Horn, Mark Stacey and Miguel Granados were still unaccounted, plus one of the chinese local speakers were not confirmed, we thought that for the very first SQLSaturday, the situation was typical and under control, and so, embracing the unknown we decided that since it was already near 6:30 PM, it was a perfect time to take some rest and to find a place to have a dinner.