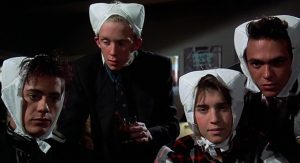 If I had to choose just one thing from the past (pandemic) year, I would definitely choose the lesson that there are logical things for almost every opinion out there.
For the deniers of [x], for the pro-[y], for the go-getters, for those who know it all, for the conspiracy lovers, for everyone!
This does not mean that I do agree with an opinion that I do understand.

I think that the diversity of the opinions is the world normality and should be respected.

The paradox is that we live in the society where the science is either adored or denied.
I will focus in this post on the “science-fanatism” in this short blog post, meaning that the thoughts here are focused on the people who present themselves as EXTRA-pro-science.
Lately, I have found myself either listening to or reading some opinions, that would include such or similar phrase – “THIS IS SCIENCE! DONT BE STUPID, THERE IS NOTHING TO DISCUSS! DO YOU THINK THAT YOU KNOW MORE THAN A RESPECTED SCIENTIST !?”

Well, allow me to express here, in MY, PERSONAL blog, my relationship and my thoughts on this modern usage of the science and the scientific method.
And it is being used like a gauntlet – by punching people into the face, those people who are asking questions.

I always thought that it was a science way to question and to doubt everything.
To quest for the truth, which includes constant challenging of the order of things.
Observation, Skepticism (daring to question any and every single scientist!), New Hypotheses, Asking Questions, Doing Analysis – those are some of the themes that are totally connected with the science for me.

The questioning and not being sure is the sign of the scientist and knowing some brilliant scientists, I am not surprised that they do question their own findings and keep on looking for the truth, even though their ego might get hurt in the process.

Bottom line:
There are scientists on every extreme point of every spectrum and we just CHOOSE to agree with some of them, while choosing to disagree with the others.
We make a choice and unless we have some concrete proof that can be repeated by others, all we have is just an opinion. :)

p.s. It might look that I actually try silencing those “do not dare to question a scientific truth” opinions, but in the reality I am just pointing to another opinion. I have no scientific proof that the science is about questioning (since it is presented and claimed by everyone), I am just expressing my thoughts.

One thought on “It’s science, weird!”