I decided to join the T-SQL Tuesday blog series that Kendra Little is leading this month, on the topic that is called “Interviewing Patterns & Anti-Patterns”

The Job I HAD to skip

Please, take this first part in the context of somebody, who was largely quite a nobody on any market. I had no local or international profile, and I could not get a job through my friends.
The bottom line in this story is that I was simply not willing to be manipulated or explored. If you won’t stand up for yourself, then nobody will do that for you – that’s the reality of the life.

I decided to add an introduction about the market where I was working on – it is uncommon in Portugal for the outsourcing consultants to show real disinterest in a job that is being offered by their company. In my opinion, a lot of consultants are being treated more a kind of a “cannon fodder”, in the way that consulting company (well, in the reality a lot of the “consulting” companies are simply not-too-very-human-resource-placing companies) are largely controlling what consultant is doing without asking or by totally ignoring their “precious resource”.
I honestly do not know how the things are in the other markets, and maybe it is similar – and then please let me know through the comments to this post.

So, advancing to the story – a lot of years ago, I was working in a wonderful company where I felt very welcome, well treated and respected (I can’t claim that throughout all of my career it was the case, but because of my manager I felt like a real person), but I was getting tired of staying at the position where I was working and the amount of real work was going down and so I wanted to move on the new challenge.
After some internal searching for the projects, I was sent to the interview in one of the biggest companies in Portugal (which is big enough to be very different from department to department, as I imagine).
To the surprise of the accompanying manager (who was managing me directly a couple of years before), I decided to start asking questions the interviewing person, making sure that the job would be really something that I wanted to take.
I was told/promised a position to work with SQL Server only, no other platforms involved, because I wanted to focus on 1 thing – improving my knowledge and experience in SQL Server, and so after the initial pleasances and introductions with the client, after telling a couple of things about my previous experiences (I love it when interviewers want to know about my first job and when I start saying “In 1995 …” – I am getting quite troubled looks, since people judge that I would wait finishing school or university to start working), the moment arrived when I could ask something about the project, and trust me – I had a lot of questions:

– Is this the project where I will be dedicating to SQL Server ? Interviewer’s answer was brilliant: Yes, Server ! Servers we have! We have a lot of databases here – Non-Relational, MySQL, you name it – we have over 8 platforms !
This went really into the direction of “WTH”, the job description was all about SQL Server, but in the reality they wanted me to take care of all their park of databases.

– What would be my role within the organisation ? Interviewer: Programming the user interface, programming the back office, taking care of the different applications and the servers …
By that moment I was already aware that the conversation will go wrong, I was lied about the goal of the project, and I am absolutely sure that it was the client who gave wrong job description to the consulting company.

– What about the working times ? The Interviewer: well … We are in the kind of a difficult, ramping up times! A kind of a startup thing ;) We are 6-people short by our estimates and this situation will continue at least for the next 6 months, because we won’t be hiring enough people.
I was amazed … So I asked additional question, (given that my wife was pregnant at that moment, I was definitely not interested in spending day & night at the job, away from the family), and so I asked “What time do the team members leave usually ?
The Interviewer: Well, yesterday, 75% of the team were still working at 8:30 PM (20:30) !
I laughed a little bit and told him “You do understand, that your words do not serve as any kind of the motivation for me, right ?”

From that point on the interview “went north” and even though there were some interesting discussions about caching (the interviewer had never heard about Microsoft Enterprise Library, which left my jaw lying on the floor), I felt that my questions have definitely shown that I was not interested in being totally controlled & lied to. I still remember when me & the manager left the building, the interviewer was still standing at the door starring at us as we were leaving.

The manager was quite unhappy with the result and she definitely expressed this in the conversation with me after we have left the building, but I was absolutely astonished by her reaction – I felt that I have simply asked questions to decide if this was interesting for me or not. I did not tried to be offensive – I was showing an interest…

Of course the client decided to pick a different consultant and I am deeply sorry for the person who took that job, it looked like a total wreck of a job.
I really appreciate the honest answers of the interviewer, he helped me to understand that it was nothing I ever wanted for myself or any of my friends.

Overall as in anything in life, I am guided by the principle – be yourself and tell the truth. Admit things you do not know and be open to learn new stuff, but never let others to control you, especially if they have nothing to do with your life.

The job I wanted and I did not get

And now, the second story – this one about a job I wanted to have but did not managed to get.

Once upon a time, I was applying to a job that I really wanted to get. And I really, really, really wanted to get that job. :)
I was a kind of dreaming to get that job… It was not only the job itself, which sounded exciting, it was about working for the company I have had some considerable admiration. Let us be honest – I was young and reckless ;)
The company has had a complex hiring process with a lot of stages and even though I had advanced through a couple of them – I had the most interesting phase – the technical one, which was conducted on the phone.
The interview was set for some certain Tuesday – I do not remember the exact year, but oh, I do remember the day of the week, for whatever reason, unknown to me.

I was ready for it. I felt that I could not fail this one, because if they would refuse me, this could have been only because of the non-technical reasons.
I was ready for it … or so I thought …
In the night before the interview, I had some difficulties in falling asleep … When suddenly … My little son (very little at that time) has had one of those nights that you would call a total nightmare, with crying and screaming and everything possible that any parent prays to avoid at any given day or night. I had to take care of my son for almost entire night and given that I has not had any good sleep in many nights before, by the time I had to go to work, I felt like I was totally drained out of the energy.
“Fine, I thought – the interview was set for around 6 PM, and I will be able to calm down and get in the right mindset for it by the evening. I will find a nice coffee-shop for the interview where I can comfortably sit down and enjoy some nice technical discussion”.
Well, what I did not anticipate was that it was THE day of when almost everything went wrong in the production at the client – and I was the only person in place to fight the fire off. I was so much unprepared for that – hahaha! Even though in the second part of the day, everything started to stabilise and my client bosses were really happy with the final result and with my firefighting skills – little did they know that I could already fall down on the floor and fall asleep … when I suddenly got the technical interview call, because it was already almost 6 PM (and I did not realised that). 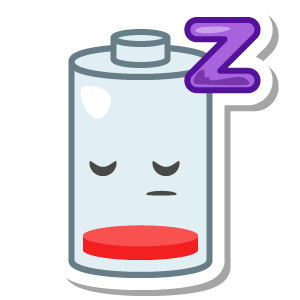 If you have ever had a big technical interview call while still being at the current working place, you know how it feels and how strange you have to behave in order not to disturb other people or not to explain to your client, why are you doing a technical interview (even though your day is done).

During that hour (yes, it took over 60 minutes), it felt like I was totally massacred, because even though some of the questions & answers were wrong (yes, in my current opinion some of the answers they had were technically wrong), this was a brilliant technical massacre in order to find out the things that I knew and the things I did not knew about all parts of the SQL Server (Engine, BI, you name it).
I will spare you all the technical details that I did not knew (there were so many) or answered wrong because of being tired (I know a couple I have given a weird confusing answer – one of them was on the FillFactor), I will only share that around minute 50, I have asked if the interview would carry on for much longer – because I was totally on the floor and I felt like begging to stop the interview, because I could not take it any longer. I was too young/proud/stupid to admit that it was a wrong place and wrong time.
… and it felt so bad …

The thing I have learned after that day was – turn down the offers for an interview/job/whatever if you are not in a good shape. Its OK if you loose the chance to work somewhere, because in life there will be better opportunities – but do not dive into something complex if all you need is some peace. Find your peace of mind first, its more valuable than anything else.

I do value these 2 experiences greatly, because they have helped me to shape my world view and to become the person I am today, and I am extremely grateful to both interviewers no matter what the consequences of the interviews for me in the short term.