We do remember some of the things that we have done, while forgetting some of the other (which represent the biggest part of the total), and this blog post is about an event which has definitely marked my life – the SQLSaturday#148, Shanghai.

Knowing the long history of the SQLSaturdays, and especially the international success lately – one could only have argued about the exact timeframe of the event, but it was more then obvious that it would come to the land of the dragon.

The 30th of June of 2012 was selected as the most suitable date and while I know, understand and most importantly agree with that date, I still feel pity, that it was possible to select a date exactly on the same week as a European TechEd was taking place in Amsterdam. This way, some of the most well-known specialists in the SQLServer Community were practically denied the possibility to go to the very first SQLSaturday in China.

As I wrote in the last post, I was all set up and ready to go to China to meet and greet my distant #SqlFamily, but I have not expected was the fact that I came back as a richer man — the friendships that I made in Shanghai are to last more then just a weekend. 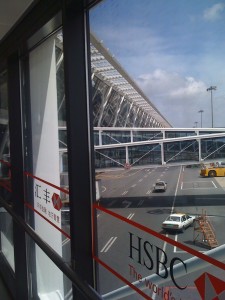 The dates were chosen and so I jumped on the plane in Lisbon on Thursday, the 28th of June – the long distance between Portugal and China obliged me for a couple of flights and so I wanted to arrive a day before the event, so I could adapt myself to a different timezone (7 hours difference) and could start meeting and greeting the organizers of the event.

Taking a small break for a couple of hours in London is always an adventure, because besides being such a big and beautiful Airport, there is no free Wi-Fi there – which continuously making me believe, that someone responsible for the IT in Heathrow has got absolutely no idea about what it means to live in the second decade of the 21st Century. :) 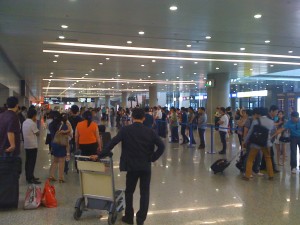 The trip itself was fine, the British Airways and Virgin Atlantic know how to do their job, and I have no doubt that I will select any of the companies to fly again in the nearest future.

Of course some things on a long-distance flight which lasts around 11 hours are complicated – like sitting on the same chair with a very limited space for movement, but hey – this is just the way it is, cause there is no stops during the intercontinental flights.

Long story short – quite on schedule, right before 10AM on Friday my feet were already on the ground and I was ready to “face the dragon”.

2 thoughts on “SQLSaturday#148 Shanghai part I”