Talking to the parents of my daughter friends a couple of weeks ago (one of them is a principal researcher for a well-known organisation and the other one is a successful entrepreneur), we have touched on something that was dear to all 3 of us – the science and the engineering. In different capacities and in different areas all 3 of us do our research (science?) and we all build stuff (engineering?). I have put question marks into the titles of the words describing those tasks because I wanted to share my thoughts on the matters.

The 2 of the most overloaded professions/titles in the modern IT world are not surprisingly Engineer & Scientists, and while they prove to be fantastically popular, the tails of this coin is that the overuse of these words leads to total devaluation of the original professions and the meaning of those words. 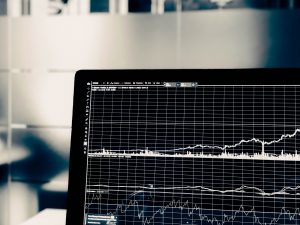 Scientist have to have something to do with the scientific method and critical thinking. Rigorous thinking, scepticism, engaged hypothesis testing and honesty are critical ingredients for someone aspiring to call themselves scientists.
Popularising the “Data Scientists” or as I sometimes use the word “Data Schmientists”. People who do not understand the data, nor they are using any scientific methods but they want to be a part of the “sexiest job in the 21st century” (What a crap has been poured over the heads of the people in last 5-6 years with this idea …)
Even the drive in the scientific and university world to produce a “certain number of papers per year” seems to be fully contra-productive, driving the corporate-like results “more of the same”, justify with results – while this is an area of experimentation and would someone ask Marie Curie or Albert Einstein on how long they need to invent the next best theory ?
This corporate culture is driving some people to fake the results, not to finish the research properly or even not to apply the scientific method at all. Gives an interesting perspective on the meaning of the word scientist …

Most Data Warehouse people I have met in my life has never challenged to read the classical or modern literature on the matter, starting with the inevitable Data Warehouse Toolkit. Why is it so ? I do not know. Maybe people do now like to read the books, maybe the crave for something easier, for a fast buck, for those perky 15 minutes of fame … But that’s not science for me.
I am not saying that this is THE ONLY book one should read, but how many people are using methods and techniques without looking at the essentials basics of them and understanding then. Data Vault, Inmon, you name it ! People can pronounce those names but they have almost no connection or knowledge of the underlying principles. 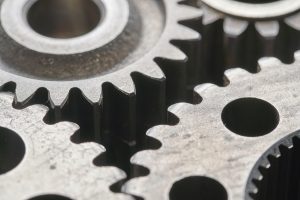 The word engineer has a number of definitions, which have changed a number of times through the times. Here are some of them:
– a person who designs, builds, or maintains engines, machines, or structures.
– Engineers, as practitioners of engineering, are professionals who invent, design, analyze, build, and test machines, systems, structures and materials to fulfill objectives and requirements while considering the limitations imposed by practicality, regulation, safety, and cost.

In the practice anyone creating anything is called engineer.
This is where I think we need to start separating things and maybe there is a need to create a separate word. Sometimes I find the word maker as in “maker fair” a good one for the splitting the groups between those who are building without applying any science and without responsibility and the people who are dedicating their lifetimes into improving other people lives with the help of hard work, analysis, testing and making sure they are doing the right stuff, taking responsibility for the results.
Not all engineers are like that, but in my thoughts they should be. I am confident the world does not need engineers building a plane/building they know that will fall. If their analytical, critical and responsibility senses are shut down – they should be considering changing the area of actuation.

I am not in favor of calling engineers only those people who are working with engines or building buildings or building software, no way!
It has nothing to do with an age or experience, it has more to do with a rigour (I am repeatedly using this word), critical thinking, testing and responsibility. I have met some incredible engineers who were at the time 20 years old, were from different races or sexes and who are inspirations for everyone around.

I declare myself guilty to failing sometimes the scientific method usage and I know that I need to grow quite a lot to be able to call myself a true scientists. We are all imperfect and our lifetime adventure is in creating a better version of ourselves on our path becoming
But, we have got to take our scientific work and our scientific contributions a little bit more seriously.

I struggle to become a better engineer, and I do remember some of my worst failures which prevent me from repeating them ever again, hopefully. I just wish more people would keep on trying, not giving up and not concentrating on the short-term goals or fame instead of making the world a better place.

While we definitely need to popularise things and lower the entrance barrier, we do not need to destroy the good things and traditions that helped us to achieve the development heights.
We need less hype and more science.