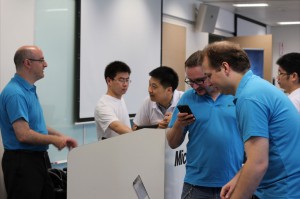 I have already written IV parts about my SQLSaturday experience in Shanghai, but this will be the first which will be dedicated to the event itself. Warning – this post is an honest point of view, and while you might not agree with it at all, it represents what I think and feel about the event itself. Do not forget that it takes so much courage and personal time to organize any event, and all organizers of the SQLSaturday #148 Shanghai deserve a lot of respect for all the hard work that was done. My most sincere admiration goes to Tiffena, who was the driving force behind this event, while being thousands of miles away in Seattle. 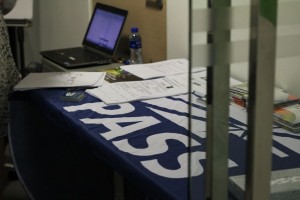 The schedule of the event was very nice for the first event of this kind in China – with PASS President Bill Graziano opening the “sql hostilities”, and then bringing some serious BI firepower with Pragmatic Works South Africa founder Mark Stacey. Han Wong then delivered the first chinese speaking session of the day, and then it was my time to carry one the mission right into the lunch break. After the lunch and some very interesting conversations with some of the attendees, we had another Pragmatic Works SA guy, Matt Horn delivering a very interesting session on the SSAS manipulation with a SQL Agent. The finishing touches for the event were given by Wee Hyong Tok and Miguel Granados, who were presenting on SSIS and DQS respectively. 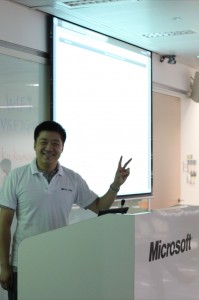 Every great event has some things to improve, and this one is no exception – first of all, I felt that the right balance between the local and the foreign speakers was not achieved. I always try to balance the events I am organizing by giving around 50% of the time to the local speakers – this gives the opportunity for them to grow their CV into a bigger international events. Also, the event felt like a simple mixtures of sessions and not a cohesive event which were telling a story to the attendees: BI was dominating the event, but there were 2 T-SQL sessions (Bill’s and mine) and there was also some Azure with a Data Sync Introduction. I would like to repeat once again though that for the first SQLSaturday, organized by the people who has never been to a one, it was a very solid effort. 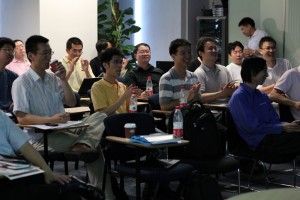 The expected number of attendees as we were told by Tony was around 70 (exact number of the registrations), which was quite surprising as for example in Portugal we have a rule of 2/3 for any big events, which means that only around 70% of the people will appear. The final count for me was 48, but I admit that I might have missed a couple of people. Also to note is that the knowledge and the experience level of the attendees was far from what was expected – the crowd was most definitely not a advanced professionals group as we were told a day before. 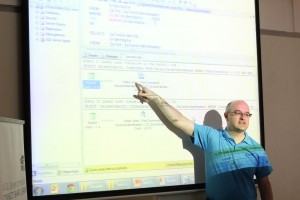 Unfortunately for Bill Graziano, he had to find out about it in the worst way – while delivering his presentation (having some advanced topics), because of the lack of the feedback he asked how many people actually knew how to read and to us the execution plans of the SQL Server. At this very moment I was extremely close to getting a heart attack, because there were only 3 people in the crowd who responded positively on his question. Since I have had 2 hours before my presentation, I started rewriting it in panic, throwing away all more advanced stuff. 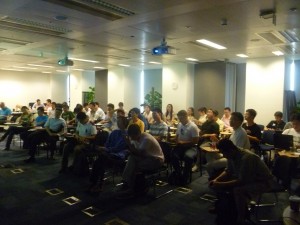 From my personal experience of the event I really enjoyed it a lot, though I had to skip some amount of the presentations firstly because of the changes that I was doing to my presentation and secondly because of the timezone difference. I almost felt asleep at one of the sessions, and so asked Tiffena and Bill Graziano to accompany me to the nearest place to get some coffee.
I was a kind of fascinated by the Wee Hyong Tok’s presentation on the new functionalities in SSIS because I really enjoyed it a lot, and because I felt like I was really getting what he was saying in Chinese. Maybe it is because I already tried the new SSIS in SQL Server 2012, but I am really confident to say that it is definitely has to do with his skills as a presenter. To get an attention of somebody living half across the globe, while speaking a language which has nothing in common – this takes a lot of skill to do. :) 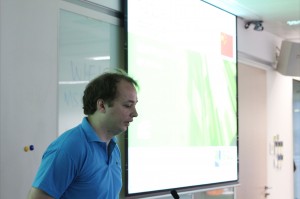 My own presentation went quite well, and I felt that I have managed to get the people interacting, which is always important when having a language barrier. The question about the EXEC WITH RESULT SETS function, asked by Peng, really brought me to investigate better the new functionality and I am definitely coming with a blog post on this matter in the next weeks. I am definitely looking forward to coming back and presenting once again in China in the future.

By the end of the event, all of the international speakers were really ready to take some rest. Actually the event ended sooner as planned because one of the local speakers did not show up, but the timezone difference, the hot temperature and all the excitement were definitely getting the best of us. We were ready to get some rest before the speaker party, organized by Tony & co.

Lessons learned :
1. To be more flexible and to be ready to change your presentation on the fly if you see that the attendees are simply not ready for the material. Naturally it depend on the situation, and if you have just a small part of the attendees that have no knowledge to keep up, then give a small introduction in order to bring them a little bit up to speed.
2. If your are presenting in a non-English speaking country, then adjust .. your .. presentations .. speed. The people might have difficulties in understanding some of the words and terms or they might be having difficulties in translating your accent.
I think that I have got a lot of interaction with the crowd, because I managed to speak slowly and adjusted my presentation to a simpler level.

Update on 17th of July, 2012: Tiffena sent me a message saying that actually after contacting a number of the attendees after the event, she found out that they have considered the presentations to be quite simple and easy. One more lesson for me to learn: in a multicultural environment you never know until you know.