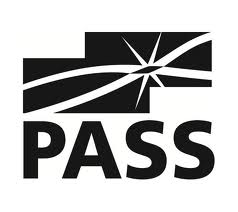 It is a sad situation, but as you should know, that since January the 15th, PASS does not exist anymore.

It is easy to judge now, and hence I won’t do it.
I am sad that there is no more global organisation that I loved and that I felt being a part of.
I am worried about friends I had pleasure to work with, who are now facing an uncertain market.

PASS was needed and surged at the right moment over 20 years ago.
It was time for it to fade away.

Should there be a new world-wide organisation ?
I don’t know. It would be nice if there would be.
Focused on the user groups, with the priority set on their well-being in the first place. Yes, unlike the PASS.

Every time I would hear people complain about the difficulty of travelling across the US to Seattle, I would point to the people in India coming over. Or New Zealand or Australia for that matter. Or South Africa.
And note that I have no clue what it means to do gruelling 30+ hours trips around the world, but I am already afraid of those by imagining.

Given the diversity of the nations, traditions and needs, I do not expect an official organisation to understand the local needs.
No matter how much I would flatter myself, unless doing it professionally and spending unreasonable amount of time in the respective locals,
I would have no chances of doing the right thing for someone outside of my local place.
Even worse, flat universal rules will stop innovation and evolution. (I talk about the functional rules and not respect or diversity)

Regional, not only Global

I hereby challenge European Data Platform User Group Leaders in forming an alliance.
A European alliance of Data Platform Groups.
Something like a rather simple council, with no obligations.
It should be based on the good will and believe in similar goals.
It would serve and support groups and events across the Europe, with functionality based on the good will and not rules.
Speaker support (we have similar timezones and so it is pretty easy for remote ones, and eventually for travels one day as well)
I am not suggesting a European Union of the European User Groups … :)

The other unaddressed thing is the situation with the lack of the big global event.
I do not doubt that after pandemic is over, this place will be taken either by big company or by Microsoft itself.

Well, I feel like in Europe we have SQLBits, and if destiny provides us in Europe with events that can grow – that’s wonderful :)
Given the Brexit, there might be some changes, but who knows what shall happen in this crazy world.