20+ years ago I have discovered something something important about how I see people giving permissions to other people being themselves (André Hamaoka, if you are reading this post – this is a logical continuation of our long conversation last Thursday night after IDC Directions 2019).
Some of my friends have heard these thoughts over the last 2 decades, but I am looking to share the thoughts with everyone who finds themselves on this page on my site.

I can’t live my only life in the way other people want me to be, this is why I am both consciously and unconsciously choose to be an artist.

There are different levels of people being and behaving like themselves, which I will categorize and put in the following clusters:

– Level 1: a follower, who is allowed rtf do whatever the majority/influence is allowing. These are the kind of people who are following the trends and commands. Having those wonderfully obedient in your organisation might be really important (and the real importance will depend on so many different vectors and kinds of work that an organisation does). I guess if your organisation is intending to lead and to innovate, you should strive to keep the percentage of these people low.

– Level 2: a leader – someone who is leading a change or a process. People are following this kind of people, allowing them to introduce some changes into already established processes and procedures. They can be themselves while doing their change/process. Otherwise they should fit into the organisation and their rules.

– Level 3: a chief – someone who shows the direction and depending on the qualities and attributes can go into the micro-managing part (the one that will lead any capable ).
Chiefs can be themselves … for most of the time, while playing the role of the chief. They are not allowed to act “not chief-like”. I mean, which responsible chief will be making fun of themselves in front of their followers ?

– Level 4: an artist – you can do almost whatever you want to do (within some limits, of course). You are allowed to do the things that even the chiefs can’t be allowed. It feels like a kind of being a little bit “crazy”. It is a “Joker” kind of level.

There must be some kind of more real classification and some subsequent studies, but I am just pouring my thoughts right here on my personal blog, without googling the subject. 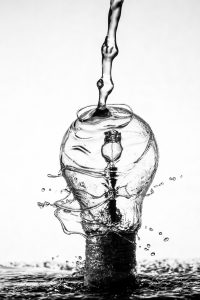 Photo by Sharon Pittaway on Unsplash

Artists do something that our world needs more and more – the art.
We all do admire art and art creators, and it does not matter the origin of the artist – what matter is that it makes us feel like better people and it moves the world forward.
Even the people who do not understand and genuinely do not like art, recognise the importance of it existence.

20 Years ago on a business meeting everyone would put their business cards and mobile phones on the table right at the beginning, so you would be able to recognise every persons status just by the look of those items.
If you held some important position your business card and of course your mobile phone would reflect it. In a bigger organisation those items would change according to the position.

An owner of a big important company is not allowed to drive a cheap car, even if she/he like that car, because not showing a financial wealth would put doubts over the capacity of the whole given company.
Only artist can do that. An artist can be a company owner, but he gotta to be much more than a “simple owner”. :)

We are living in an attribute signalling society, where one “must” signal their social/financial status with expensive toys and useless items. People look at each other watches or dresses trying to put each other into respective cluster of the “deserved” respect and the behavioural allowance level (follower, leader, chief or artist).

The society won’t allow you to do something “outrageous” (even though secretly everyone might agree and actually wish to do that), because there is no permission to do instant changes, unless you are an artist.
The current level of the person in question might prevent the permissions from the one surrounding her/them/him.
“People in our group do not do this kind of stuff! … well, unless you are of course … a kind of an artist … ” you might hear from people, at the moment when you are changing the rules.

Not everyone will be allowed to become an artist. Unless an individual will risk to insist and fight for it. In this battle one might just risk to get demoted from the company or the position or even the society level. This risk is not for the faint of the heart, but is totally worth it !

Becoming an artist does not mean to dress like a homeless people (even though it might work sometimes) or abandon all the stuff that one enjoys (which true self is being sought here?). It does not necessary mean becoming reclusive anti-social thinker (even though I think it works as well). I can’t foresee whatever makes a person happy and reveals their true self, but in the current moment of freedom of diversity – what prevents you to be more of you and less of what society wants you to be, based on the pre-historic definitions ?

Who can produce a piece of true art ?
The one who is a true artist. Which means – anyone can be artist.

What is an art for me?
Something that delights you with a pleasure. Something that challenges you to change you point of view. It does not matter what it is.

Think about the likes of Richard Branson, Steve Jobs – would you describe them as the “crazy ones” ?
Does Bob Dylan look like a guy who gives a damn about your thoughts on his music ?
My personal admiration goes to the Giuseppe Ottaviani who is breaking the world of the electronic music by progressively going more and more into the totally live performance with his original music. Looking at the past couple of years, so many electronic DJs started going more and more the same direction. Influencing an industry and moving it closer to be original is a task for a true artist.

You can recognise an artist by the way they/she/he innovate, break the established rules and challenge the existing norms. Questioning and challenging is the way to get to a better place, in my books.

I am not touching here on this topic of ethics and respect, because these are the topics that truly deserve a BIGH post, but I reserve some space to mention that they are extremely important.

In the area of Data Platform, one person who is truly embodying the meaning of being an artist is Brent Ozar.
You may like him, you might disapprove him, you may argue with him, but he is an undeniable artist in my eyes. He gives himself a permission to be whatever he wants to be and to do whatever he sees as important.

Disclaimer: I know Brent for almost a decade and even though I am not always agree with him (heck, I am not even always agreeing with my own self), but I just like him. It might be the thing within me that simply lik
I generally like and admire artists.

Being an artist for me is being my true self.

2 thoughts on “Being an Artist”