This is the sixth part of the series from my experience with organizing the SQLSaturday #115 Portugal 2012. This post is about the fourth track of our event – the Azure+. 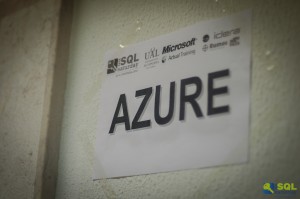 When we originally started working on SQLSaturday #115, in our thoughts and plans we have had a different kind of possible programs – with 1, 3 or with 4 possible tracks. The 1-track event was by far the worst possible program, it was our “when things go wrong” plan, while the standard program was the 3 usual suspects for the SQL Server thematic: DEV, DBA & BI.

But of course the information we have said and published in public was not 100% correct, because we were hardly working on a 4 track event, because there is definitely a need to push SQL Azure into masses. In the end we could not manage to get enough content to fill out the entire track, but we did our best. :)

While SQL Azure is not a solution for anyone and everyone, its model certainly deserves some very serious attention from everyone working with data, and especially for those who are doing startups and who’s workloads tending to change drastically & dynamically. 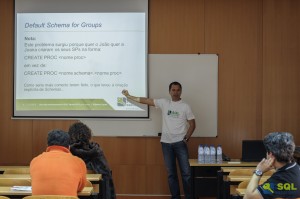 The right for the first presentation was given to Etienne Lopes, who’s topic “Security enhancements in SQL Server 2012”, proved to be quite an ignite for a discussion at one of the recent SQLPort meetings. Unfortunately, not that many people have appeared in the morning, so his session was far from being full. I have attended Etienne’s session at SQLPort and in my opinion he is quite an accomplished trainer/presenter, so I actually expect him to get more visibility in the near future. 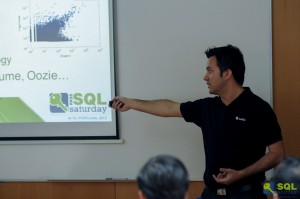 The second session of the day was on one of the hottest topic around – the Hadoop. Ruben Pertusa & Alejandro Leguizamo together delivered this exciting content in a remarkable way. I have got some interesting feedback on the contrast of their presentation styles which makes me believe that it was a very interesting and useful presentation. 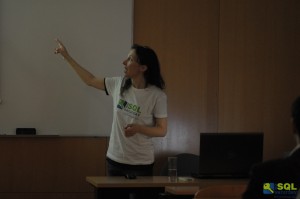 Jen Stirrup did one more presentation for us at SQLSaturday, this time it was a topic on BI in Azure “Business Intelligence in Azure: with a SSIS & SSRS”. One of the most exciting session titles of our event definitely, especially since it is combining two of the most exciting areas in SQL Server – the cloud and the BI. Last thing to add is that I have since heard a lot of great feedback on this session. 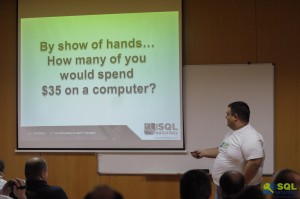 Lightning Talks / Ignite session serves always as a big attraction to a lot of people. On our SQLSaturdat #115 we have had the following presenters delivering Lightning Talks: Paulo Matos, Vitor Pombeiro, Miguel Vicente, Rob Volk, Neil Hambly, Virgilio Esteves and me. For me personally, this was definitely one of the highlights of the event – since the session was rich of interaction with the audience, and a lot of presenters told me that they felt it the very same way. We are definitely going to do a lightning session on our next SQLSaturday, and we will be looking into taking it even further, to another level of quality. There is no secret that at SQLPort, next August we are going to dedicate a full event to the Lightning Talks, since a lot of people love it so much. 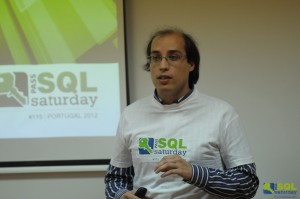 As of the moment of the writing of this article, Virgilio is the newest MVP in Portugal – and his expertise is connected to the newest trend in the IT – the cloud. Hence his presentation was a lot about SQL Azure and the differences between SQL Server and SQL Azure. I really hope that those who attended his session, have really learned something useful, as the usage of the Azure becomes more and more frequent, i think that the most of the IT professionals working with Microsoft Technologies shall be using it at a certain point of their career. 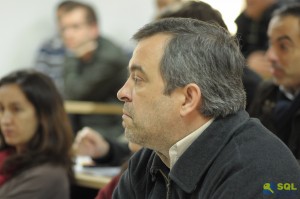 Alexandre Mendeiros was responsible for the final session on this track, and since he has already delivered it with a great success in January for the SQLPort members, there were no doubt in the quality of being capable to finish the track on a high note.