Continuation from the previous 113 parts, the whole series can be found at http://www.nikoport.com/columnstore/.

If you have been trying to follow the recent developments in the SQL Server space (especially since 2016 version, where R language made its premier), you should surely have heard mentions about the function sys.sp_execute_external_script in the SQL Server 2016+.
If this is the first time for you, then I urge you to take a look at the official documentation, the basic examples at Microsoft Documentation as well as at the article that my old friend Vitor Montalvão has written at MSSQLTips.

But let us not loose the focus on this very tiny blog post – how does SQL Server 2017 and the Columnstore Indexes make things better/faster for the Machine Learning Services ?
The answer is very simple, and it is all about how the data is being delivered to the Machine Learning Services – I am talking here about the Row Execution Mode and the our favourite Batch Execution Mode. :)

Let us set up a simple table with a Clustered Columnstore Index and load there the perfect number of rows into it – 1048576 rows:

So let us run the test query, which is reading and returning data from the dbo.SampleDataTable table, and let’s run the query first in SQL Server 2016 compatibility mode, while the second execution will be running in SQL Server 2017 mode

Take a look at the execution plans: 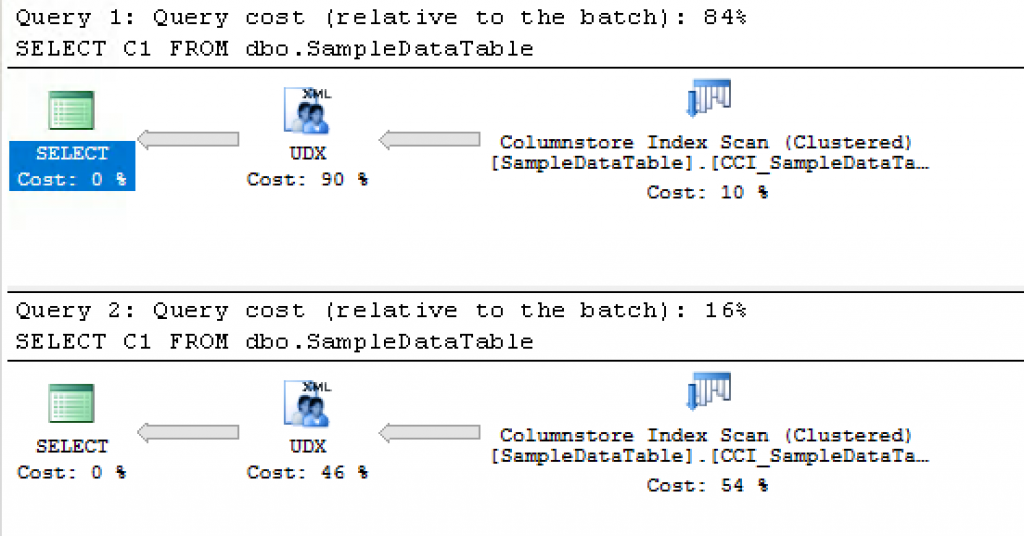 You can see that the estimated execution is already quite different, having the first one (2016) being significantly slower than the second one (2017). 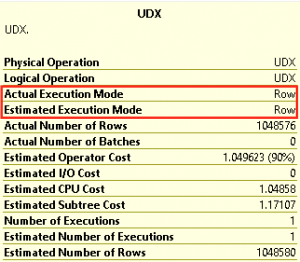 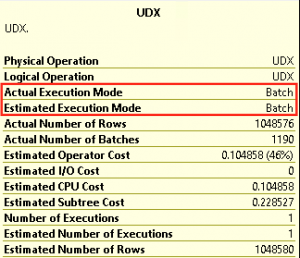 Take a look at the impact that the different execution modes brought on my test VM on Azure, with the Total Execution Time and the CPU time spent on the operation: 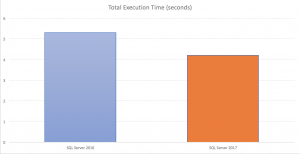 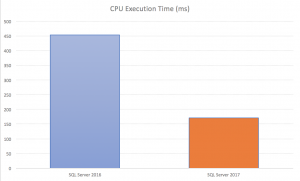 I expect not just a couple of rows to be sent over for the Machine Learning Services, but huge tables with million of rows, that also contain hundreds of columns, because this kind of tables are the basis for the Data Science and Machine Learning processes.
While of course we are focusing here on rather small part of the total process (just the IO between SQL Server relational Engine and the Machine Learning Services), where the analytical process itself can take hours, but the IO can still make a good difference in some cases.
I love this improvement, which is very under-the-hood, but it will help a couple of people to make a decision of migrating to the freshly released SQL Server 2017 instead of the SQL Server 2016.