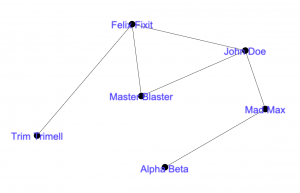 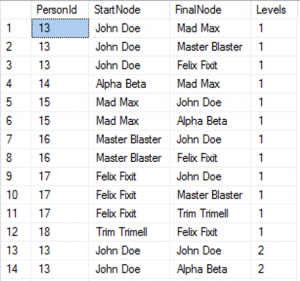 Now all we have to do is to wrap an additional query around this list of the shortest paths, group it by origin Vertice (StartNode) and calculate the sum of the Levels (Edges we have to cross to reach the final node) and order the results by descending values of the calculated Closeness Centrality, and using this value to divide the number of Vertices – 1 by the result of our calculations e voilá: 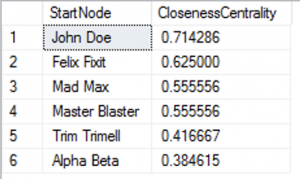