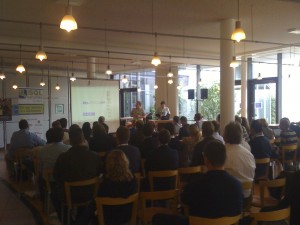 I was amazingly happy and incredibly nervous when I have received a confirmation of being selected as a presenter for the first SQLSaturday in Germany. Happy – because of being selected and going back to Munich after so many years, and nervous because I knew that I would want to present in German and that the lack of practice that I have had in the recent years has definitely affected my capability of speaking this language. The other dangerous thought that was constantly crossing my mind was that I have never ever made any presentation in German. 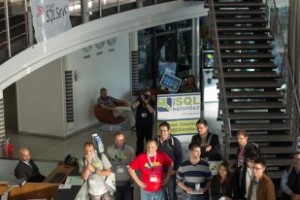 I have had a very positive advantage for my presentation – this topic was already presented in Portuguese a couple of month before, so I have received some very good feedback and tips from my local countrymen and delivering it for the second time is always at least 3 times easier then doing it for the first time.
So, I told to myself that there is nothing else to be afraid of as I have decided to jump in and deliver my “Dynamic SSIS Packages” session in German, even though I have not even checked how to say the respective SSIS terms in German. 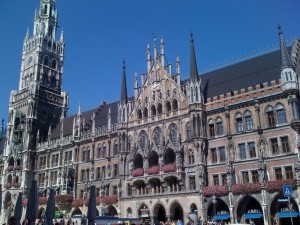 PASS Deutschland Team (which consisted of Oliver, Tillmann, Constantin, Dirk and others) have made a wonderful choice of selecting Munich for the first SQLSaturday in their country. I personally think that the location was nearly perfect – it was close to the airport but also close to Munich as well. The German Microsoft HQ are really nice place to have an event, and so far I know it was the very same impression from the most of the attendees.

This event was exactly one week after the SQLSaturday in Cambridge, UK – and so I have managed to find a good number of people that I have been with 7 days before. Since Karla Landrum & Rodney Landrum were travelling in Europe, they have attended both of the events, which was a great deal of fun for me – I have managed to spend a good amount of time talking to Karla about some ideas and plans for the future of the SQL Server community in Europe. I was extremely happy to meet again the likes of Hugo Kornelis, Allan Mitchel, Jen Stirrup, Tobiasz Koprowski, between others.

In 2012 it was a good number of times (at least 4), that my session was picked up to be as the first one at the events. This situation is very interesting, because you actually don’t get a real feeling of how the event starts, since you are occupied verifying everything once again while people are arriving at the registration. So definitely at this event I have managed to get the feeling of the event only in the second part of it – since I was busy preparing and then delivering the presentation while people were arriving. 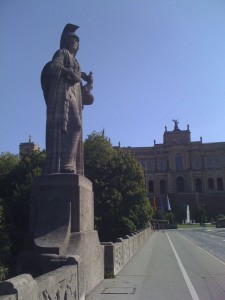 My presentation went quite well – I know that there were a couple of awkward moments when I was looking for the right term (though Germans do use english terms like DataFlow or OleDBSource when talking about the SSIS components), but overall I am quite happy with the presentation that I have delivered. :) I have received some very useful critics about my presentation and I hope to have learned together with the attendees a couple of things.

The rest of the event I have spent attending a couple of sessions and talking to a lot of old friends and meeting a lot of new great people like Oliver Engels, Tillmann Eitelberg, Dirk Hondong, Sascha Lorenz and a lot of others. It was one of those events where you definitely looking for more and can’t get enough of it. The day ran very fast and by the time we were leaving I have had a sad feeling that it was already over. 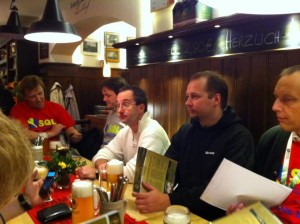 It was not completely over yet, because the organisation team have put together a dinner at the Hotel where most of the speakers were staying, so we have shared a wonderful meal with a lot of conversation right until the moment when we were actually invited to leave, since they were closing the doors of the restaurant.

Oliver, Tillmann, Kostja and their crew have made a wonderful job of organising this event. With a great support from Microsoft Germany (starting from the availability of the wonderful HQ near Munich and including the PMM & MVP Lead both being present there).

On Sunday, before leaving back home, I have managed to get to the center of Munich and spent a couple of hours visiting some very beautiful places around.

I guard some amazingly happy memories from this event and I hope to see more such SQLServer community events in Germany next year (2013).