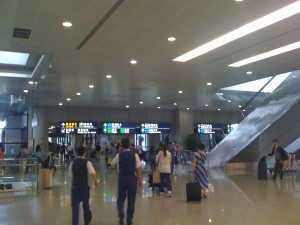 Finding things in Shanghai Airport is quite easy and the girl who’s working at the information counter can be easily compared to Apple Siri service – because people are coming to her with a lot of different questions on which she gives correct answers. Judging by the speed and the correctness of the answer on my question, she might be an expert in that area. :) Since I decided to take a cab to the hotel, I wanted to do a reality check on the price to pay for it, and imagine that her answer was actually so close, that the difference was around 2 yuans. This is quite impressive, because judging by the Shanghai sizes and its population (~23 millions) I would probably never be able answer any of that type of question with such a precision. :) 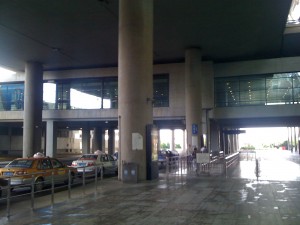 There were not a lot of people catching a cab, so after following the empty snake line I was finally given a cab with a driver who could not speak english, nor have had any idea about the location of the Marriott Hotel, where I was staying. Lucky for me, my friend Tiffena has given me a special map to pass to the cab driver, but which he was unable to decode to all my amusement. At the moment when the taxi driver was scratching his head, the very helpful taxi distributor guy gave him some directions (I suppose), so after a couple of seconds, he started the engine, accelerating on the way to Shanghai. 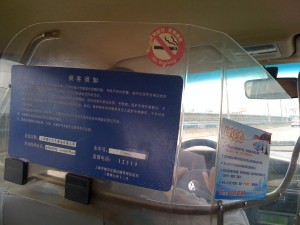 I took his photo right from the back and here I am sharing it with the rest of the world. :) This is exactly who I do remember him, because I have spent all the time looking around, trying to get a grasp of the world around. We did not exchange a lot of words besides the moment of the payment when he has shown me the price, and after paying I told him “thank you” in chinese. I spent all the time looking out of the window and taking pictures and the driver was concentrating on the road, which was important counting that he was driving blazingly fast. :) haha 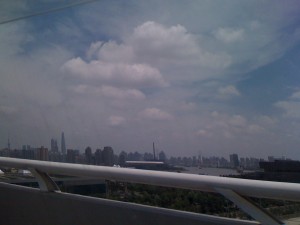 A couple of things have to be said about the driving style in China – it is impressive. I don’t think that there are a lot of traffic rules which are not being broken by the chinese drivers: passing on red, crossing the straight line, overdriving from the right, above and beyond :), signaling on each and every occasion, not letting people cross the zebra line … If you are a careful driver, this experience will definitely mark you.
Sunny (+36ºC) friday morning in Shanghai has greeted me with a number of clouds, which are actually a constant presence in the great city. Some might even call it a pollution, which is understandable, because of the number of fabrics around. 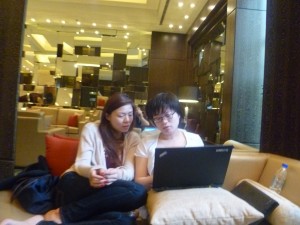 After 1 hour drive and paying just 180 yuans, I was finally at the hotel, where just in a matter of 30 minutes I have managed to find my dear friend Tiffena, working with a Chinese MVP Lead, Sisley Lin on some very secret stuff. It was a very happy encounter because there are not many things better then finding a good friend in a very different country in a matter of a few minutes. While they were finishing their stuff, I enjoyed taking some of the pictures of the hotel. :) After they were done, and Sisley had to run to do some other stuff somewhere else, me and Tiffena went for a lunch, before meeting with Bill Graziano (SQLPASS President), who was in China almost for a weak already. 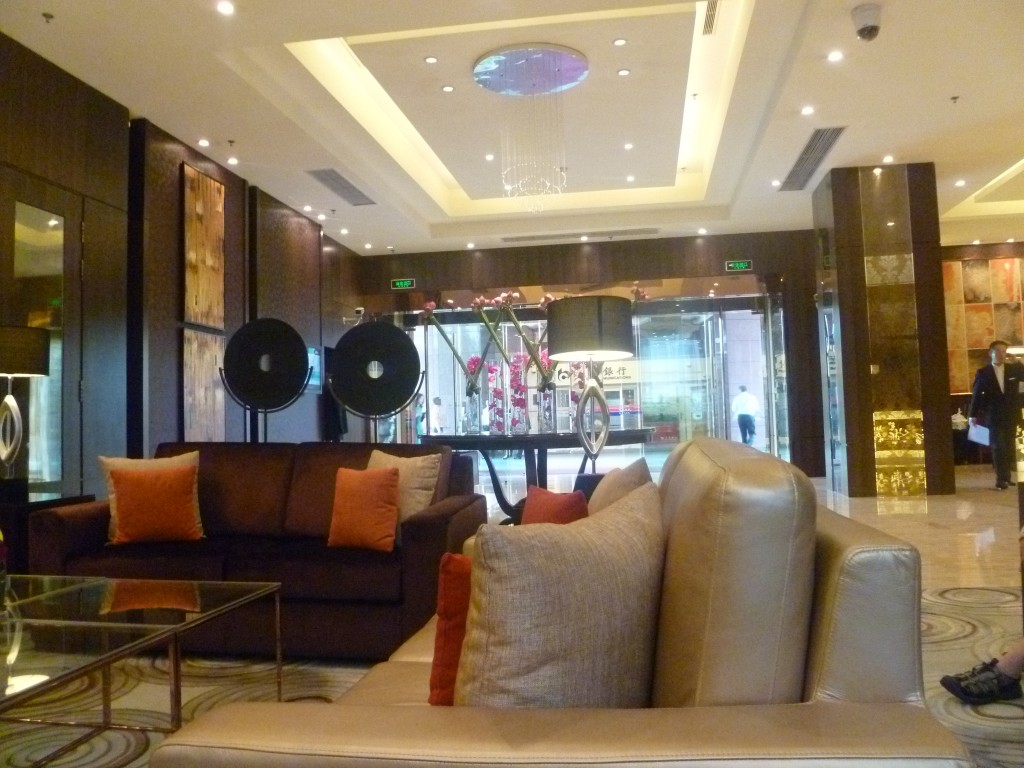