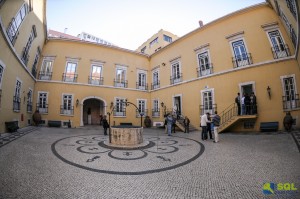 We have had some great submissions for every track and the final selection was very difficult: we have had to cut some very high quality speakers, mainly because of the topics submitted (especially if they were not connected to SQL Server 2012), but also the limit of 6 presentations per day at max has dictated some of the choices. 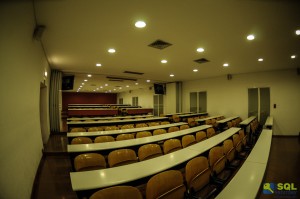 The development track was given the biggest space, because of the research that we did before the event – in order to determine the tentative capacity of each room. We have learned our lesson, as it was the developers who mostly signed up for the event but did not appeared. The development track room has had an official capacity for 132 people, and it has had 2 extra monitors in the second part of the room, which were very useful as the main projector image was extremely small. At this room we have had the following presenters: Niko Neugebauer (me), Hugo Kornelis (presenting twice), Pedro Lopes, Milos Radivojevic, Enrique Catala & Alejandro Leguizamo. 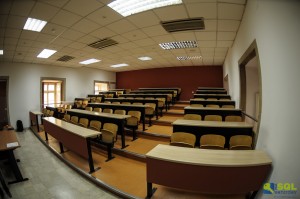 The second biggest room with the official capacity of 75 was reserved for the Business Intelligence track, and I have to say that this was the room which was most of the time close to be full during our event. It is amazing how BI guys & girls were following the presentations. At the BI room the presenters were Pedro Perfeito, Rui Quintino, Allan Mitchel, Andro Morreira & Andre Santana, Jen Stirrup, Alejandro Leguizamo. 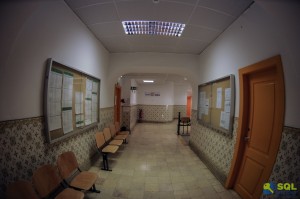 The DBA track was reasonably full, which depended more on the concurrent sessions and then, the Azure+ track has had the smallest number of attendees. The DBA track has had the following presenters: João Loureiro, Luis Canastreiro, Neil Hambly, Mark Broadbent, Bruno Basto, Klaus Aschenbreenner. The Azure+ track was completed by the presenters: Etienne Lopes, Alejandro Leguizamo & Ruben Pertusa, Jen Stirrup, Virgilio Esteves, Alexandre Mendeiros.

We have had a couple of changes of our schedule during the week before the SQLSaturday, as unfortun
ately some of the presenters have had emergencies, but we have managed to keep the event quite the way we wanted & planned it to be. :)